A logo as the measure of an entire nation - the Ecuadorian advertising agency Maruri GREY, one of the leading national advertising agencies and GREY network agency, in cooperation with the German corporate identity and design expert of the GREY Group KW43 Branddesign, have now turned this pioneering approach into reality in an innovative real-time branding for the National Institute for Statistics and Census in Ecuador (INEC). 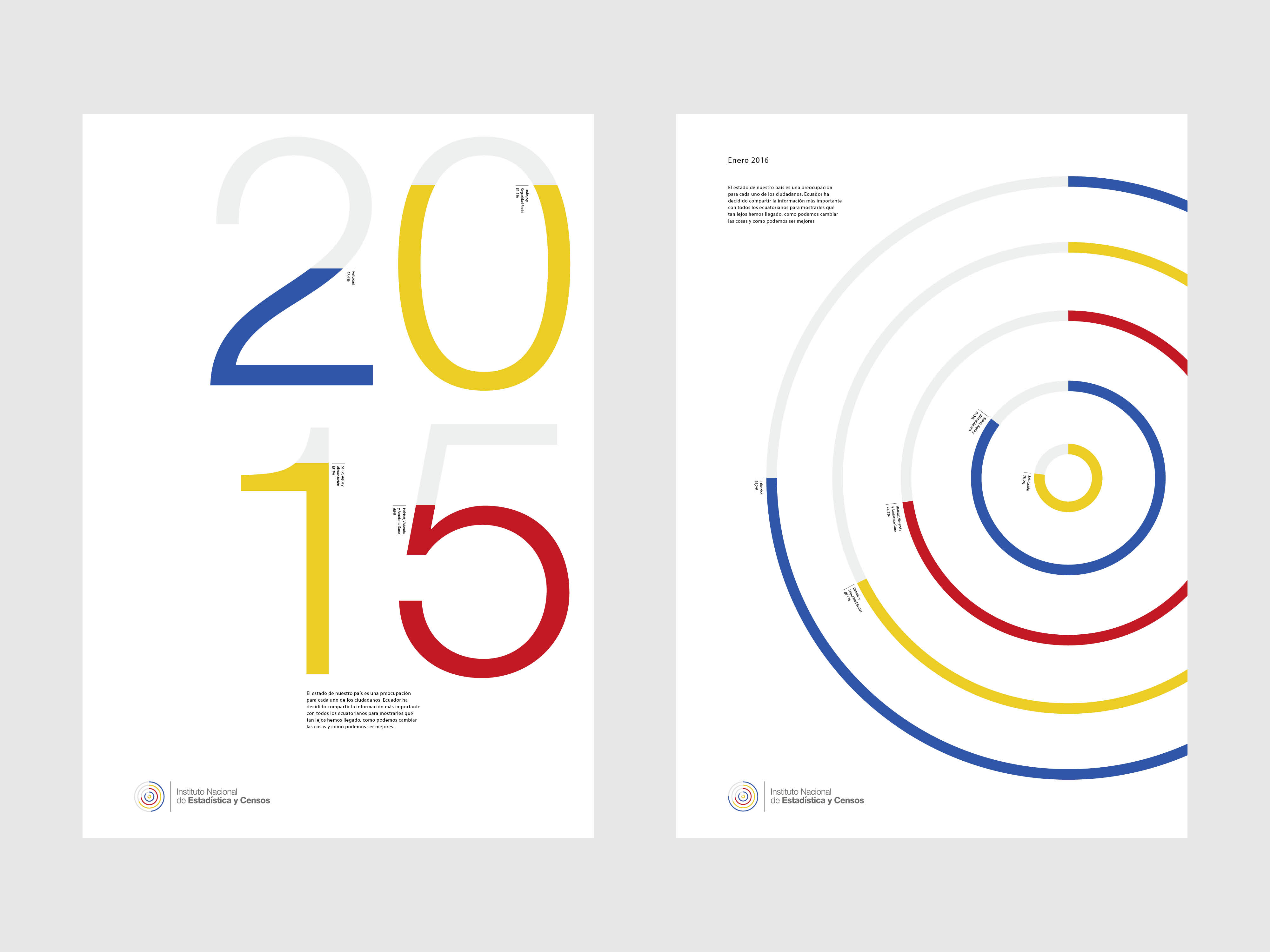 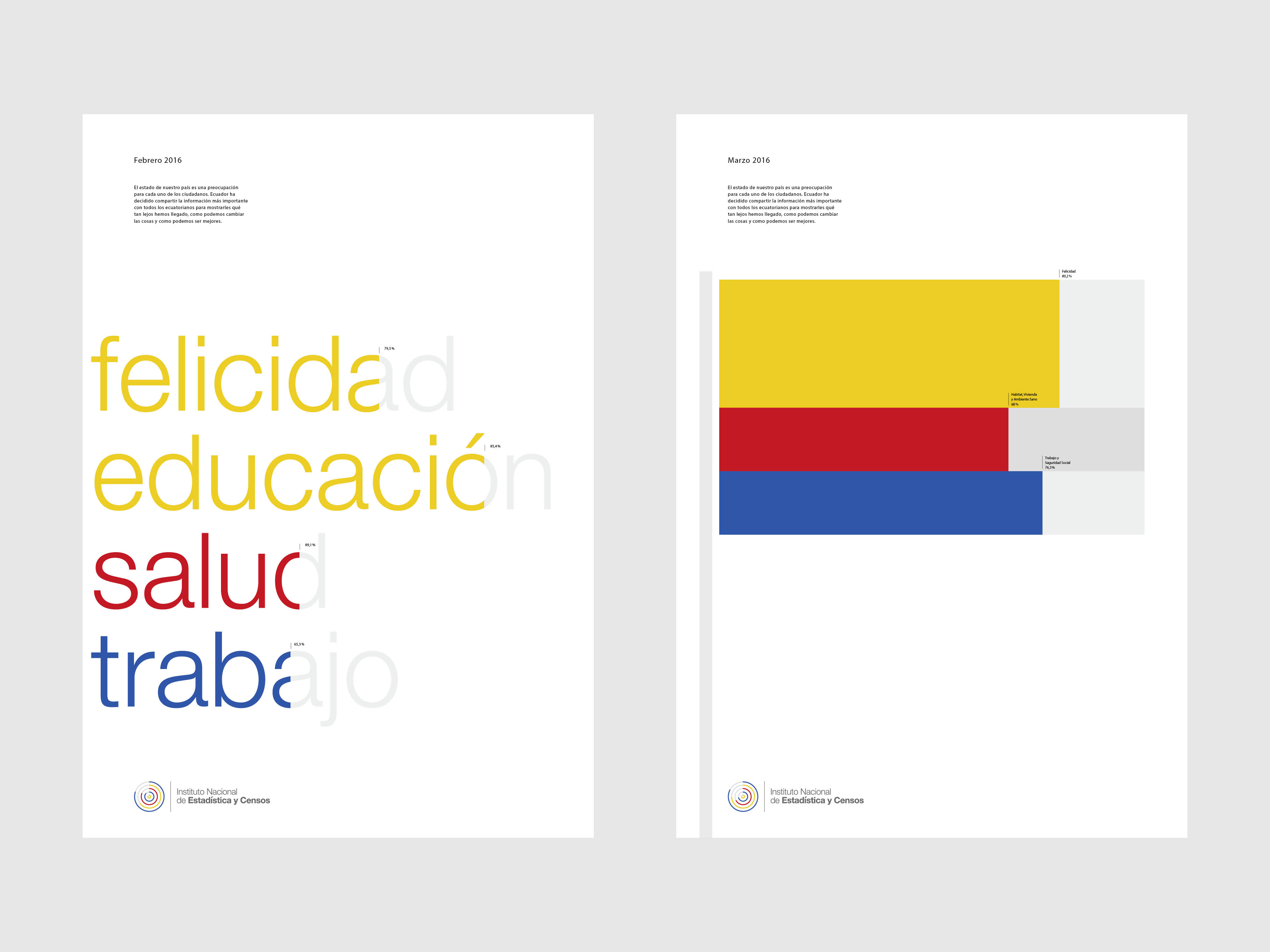 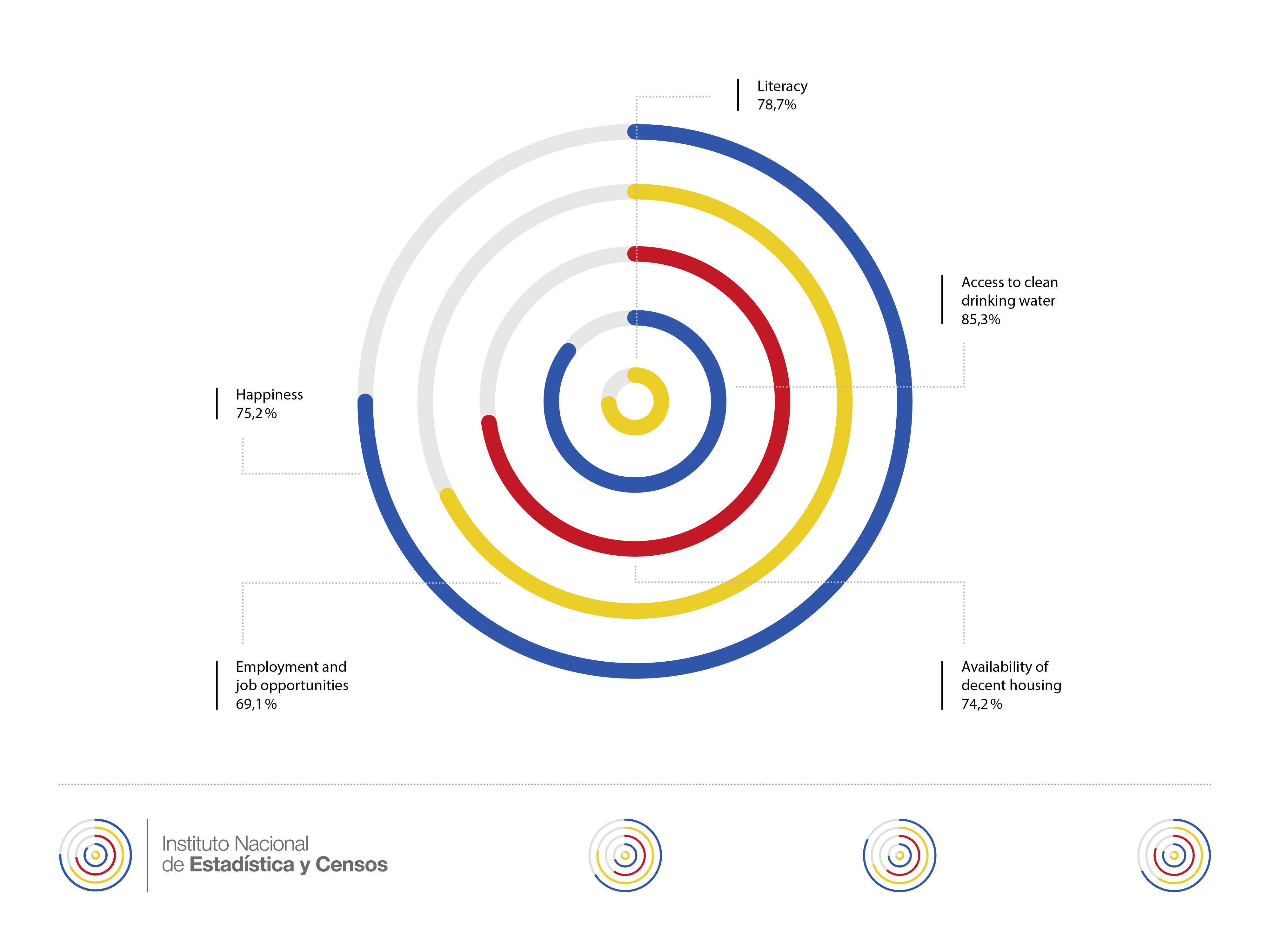 The Idea
The logo consists of five rings that permanently display the Institute's current statistics for the government's five goals aimed at maximising the well-being of the nation: Education, Health, Employment, Mood and Water Scarcity. The generative logo is constantly changing its shape in line with developments in the country that are measured by INEC. By visualising these changes, the logo also simultaneously influences them, by motivating the population to take an active part in promoting supporting these goals. 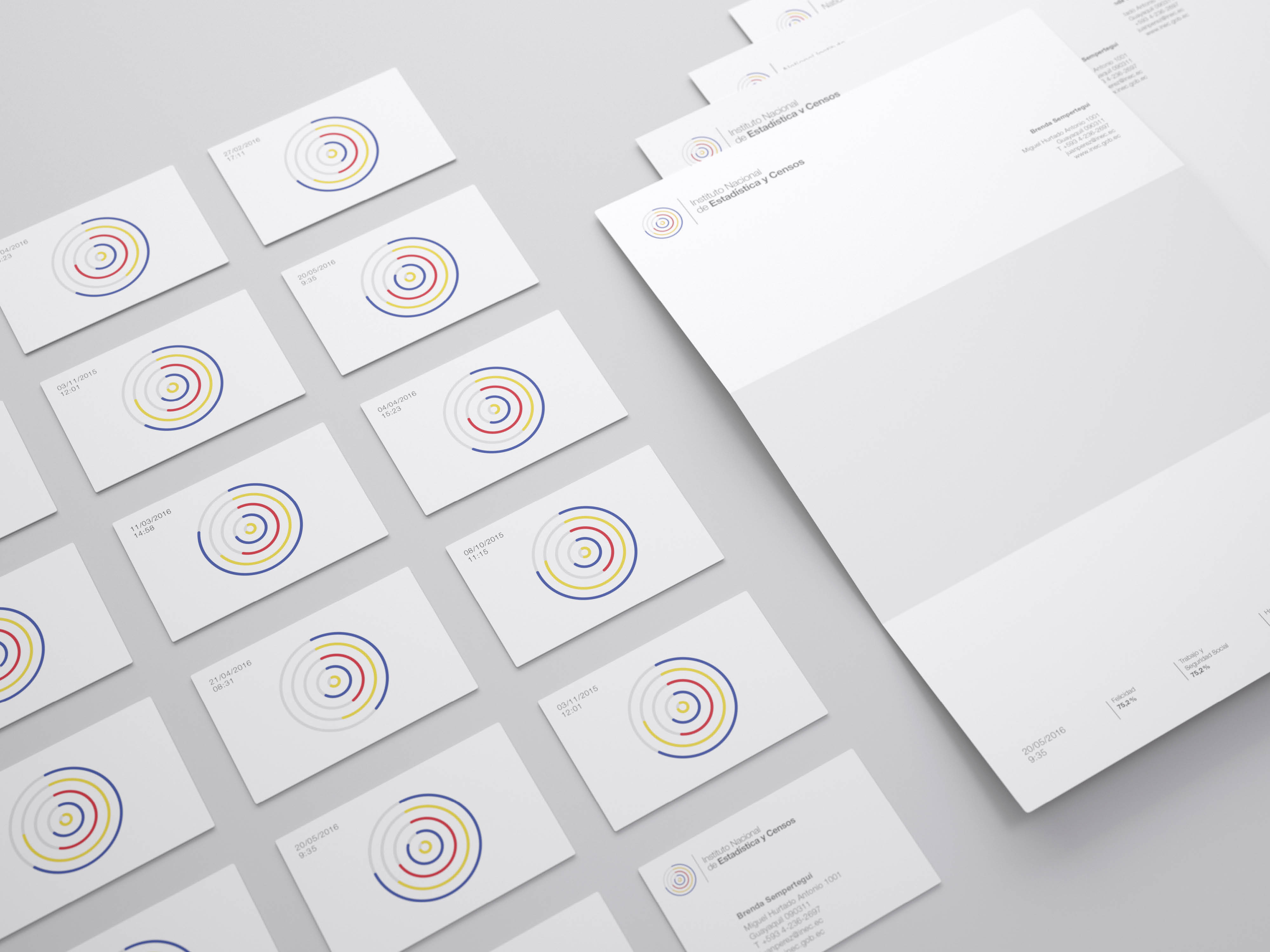 »After the biggest earthquake in recent history earlier this year, the logo is the most visible and inspiring image for the reconstruction of our nation.«
– Jorge Eduardo García Guerrero INEC Director

True to these guiding principles, a corporate design around the new logo was developed, marking the beginning of a new branding generation. This was the result of a close cooperation with the Ecuadorian GREY subsidiary Maruri, who had asked for support from KW43 Branddesign as a network partner known in the network for special strategic and creative competence in brand design. This international cooperation has made it possible to achieve an optimal combination of German brand competence with national culture and local design understanding. KW43 Branddesign was able to benefit from the expertise gained in past projects in working for foreign clients such as a large Polish state-owned company, an American technology group and a state-owned Arabian airline.

With its mandate to gather information as a state statistical institute, INEC has a marked impact on private and public decision-making and thus plays an important political role. However, the information published so far has not always received the necessary attention. The intention behind of the redesign was to change this and to depict the development of the country as shown by the statistics realistically as well as to create a friendly and modern, technology-oriented image of INEC in the population.

Maruri GREY and KW43 Branddesign solved this task by visualising the most important statistics of the country in the daily life of the local population. In doing so, INEC is also responds to the increased need for information, pursuing a transparency otherwise unusual for a government organisation.

»This open and interactive approach is groundbreaking in the field of governmental branding. Through real-time branding, the government makes its behaviour transparent to all citizens at all times. Thus, the INEC sets a clear sign and heralds a new era of branding with the logo as a display of an entire nation«, says Prof. Rüdiger Goetz, Managing Director, Creation at KW43 Branddesign.

The design also picks up on this idea in its simple as well as popular and aesthetic representation, which is inspired by the colours of the national flag and embedded in a trend-setting corporate design.
In addition to broadcasting it on displays in public spaces and house walls, a dedicated website is being set up to encourage the population to actively influence the dimensions in a positive way. An app also offers the possibility of being informed immediately via alert about any all changes in the five dimensions.

First successes demonstrate the effectiveness of the new branding: the positive perception of the institute doubled from 33 to 59 percent within three months and the idea was also recently awarded four lions, two gold and two silver at the Cannes International Festival of Creativity. »This shows that a strong branding is as important for non-profit organisations as it is for commercial companies,« summarises Rüdiger Goetz.